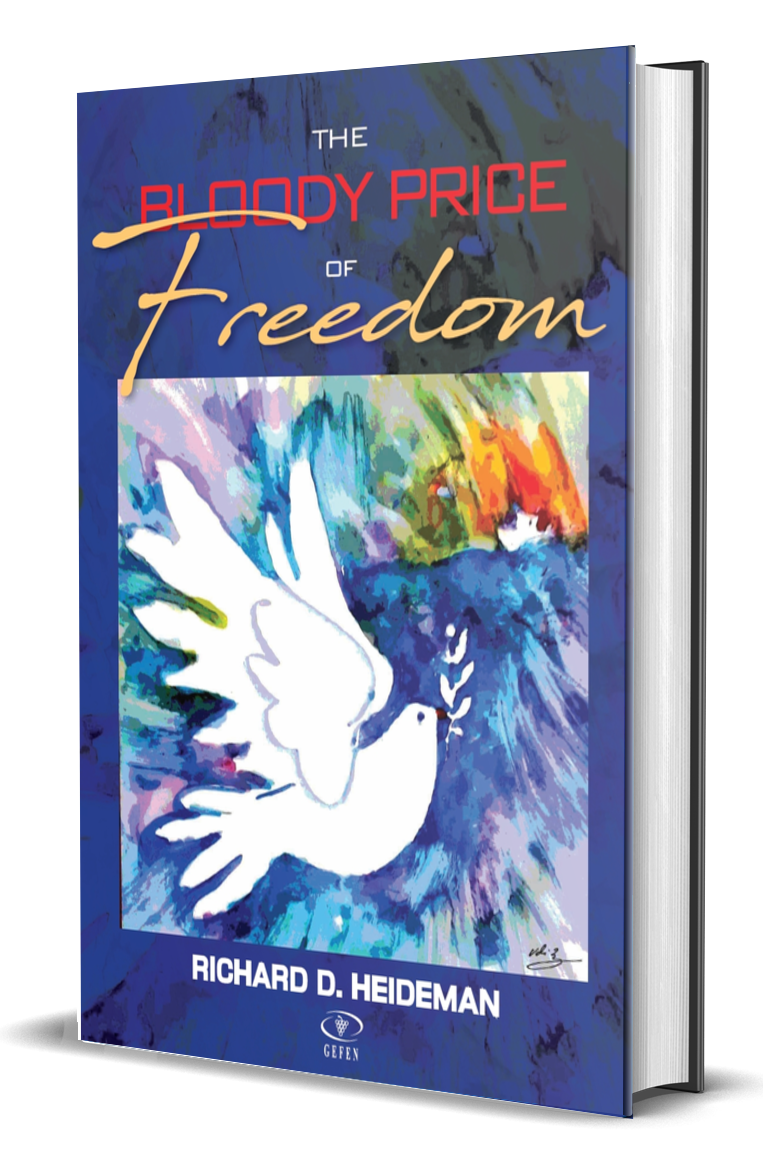 Essential reading for anyone interested in standing against the demonization of Israel and antisemitic attacks upon the Jewish people.

The Bloody Price of Freedom is a meticulously documented volume, which analyzes the multipronged diplomatic, boycott and terror warfare against Israel and the global Jewish community. It is essential reading, and it provides tools for anyone interested in standing against the demonization of Israel and antisemitic attacks upon the Jewish people.

The Bloody Price of Freedom book addresses the insidious attacks; maligning worldwide propaganda; economic, academic, and other boycotts; as well as the misapplication of international law in the United Nations and elsewhere that have been leveraged against Israel. A special section on the International Court of Justice’s 2004 nonbinding advisory opinion on the construction of Israel’s terrorism-prevention security fence includes detailed illustrative maps.

“A must-read for anybody who is committed to fight for justice and against antisemitism in its new form of anti-Zionism.” —Brig. Gen (ret.) Yossi Kuperwasser, Former Director-General, Israel Ministry of Strategic Affairs

“Regardless of your political views, this book will offer you a fresh perspective and invaluable information meant to help advance what we all desire most – peace, freedom, and truth.” —Yifa Segal, Founder and Former Chair and CEO, The International Legal Forum

About the Author Richard D. Heideman is a highly acclaimed attorney in Washington, DC, who represents American victims of terror and their families. His expertise has been widely recognized and he has submitted amicus filings in support of Israel and the Jewish people at the International Court of Justice, the International Criminal Court, the Polish Constitutional Tribunal, and the US Supreme Court, and he has testified before the United States Senate. Richard cochairs the Israel Forever Foundation with his wife Phyllis and is proud to work closely in the pursuit of justice with their three daughters, Stefanie, Elana, and Ariana.